Cemant (pronouced sə’mænt) is an 18-color palette for use with terminals, text editors, and minimalistic desktop environments.

It is inspired by the light gray that was once (still is?) so popular in GUIs and utilises a lowish-contrast set of accompanying colors to round out the palette. Hues and values were calculated over the CIELAB color space with the aid of the golden ratio to add some Reason, even if the calculations would have no other scientific or ergonomic basis.

Colors were chosen in a systematic yet subjective way, influenced by perception and the golden ratio. The resulting set is not entirely symmetrical, but still not too bad.

For some reason, with lightness set to equal, the colors beneath the x = y line (ie. r, m, b) seemed brighter/stronger than those above (ie. y, g, c), so an offset was introduced in their respective lightnesses. 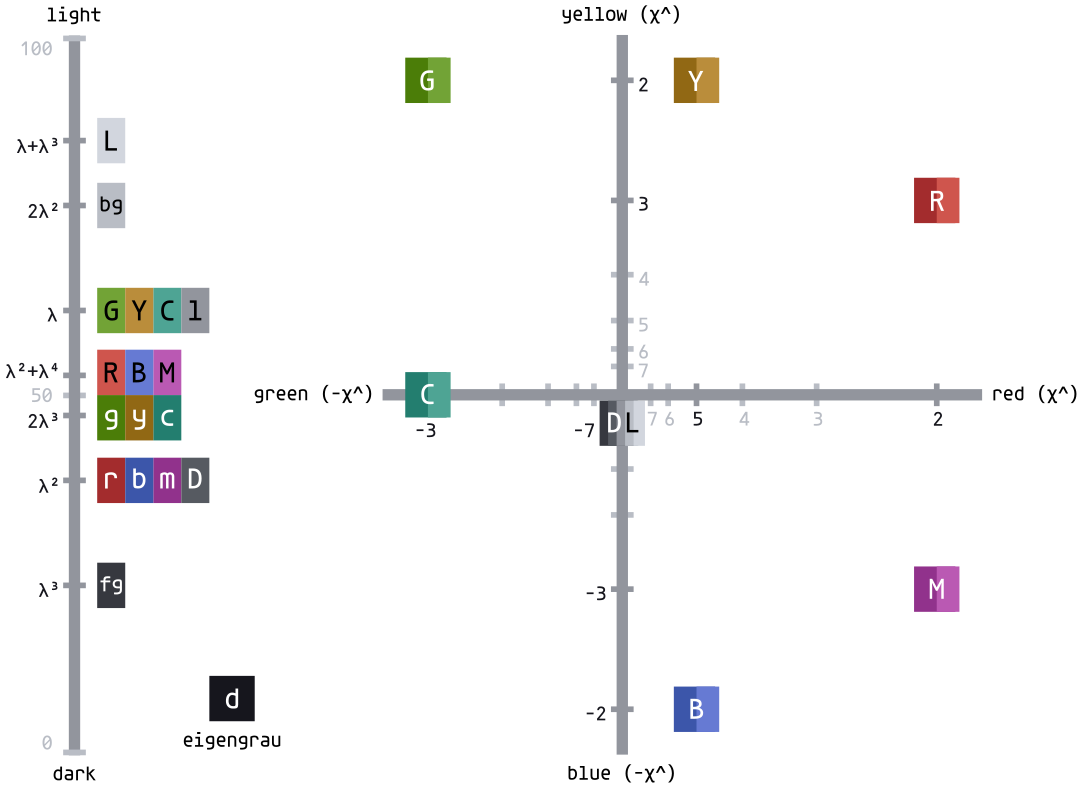